Sunday 25th Sept 2011 saw approximately 1000 competitors head down to the RAT RACE event village in Potters Field, London. This was a longer and more challenging race. Done on foot and bikes, the racers had to cover a lot of London. This time I had the car; Cliff drove and I navigated. When we passed Rat Race competitors on their bikes, it was a good opportunity to lean out of the passenger window and capture the action while moving. Communication was key between me and cliff so I didn’t fall out or take out any cyclists.

Alongside the cycling and running, the racers also kayaked, abseiled, climbed and did an assault course.  It was very hard to keep up with the racers, despite having the car, but we had the traffic and congestion to contend with, as well as having to take the main routes and park the car and walk to the checkpoints where the challenges were taking place.

One of the highlights was that the BBC were filming Ben Fogle competing in the race. He is currently filming a series, in conjunction with Lonely Planet, ‘A Year of Adventures’ and RAT RACE was included. There have been many books about a year of adventures, but this is the first time that it will be televised. Lucky for Ben as he gets to compete/complete all these adventures, something that I would love to do. The BBC were very helpful as they were our big clue to finding Ben and tracking him down. They did have three camera crews, two in vans and third on a motorbike. Also with Ben was another competitor who had eyes on him the whole time, feeding back to the camera crews where they were and where they were next headed. I did ask if I could jump onboard with the team, but unfortunately they didn’t have enough room, or that was a polite way of saying ‘no’. I think it was the latter!

Anyway, here is my selection of photos, while Ben was an interesting focal point, my brief was to capture the RAT RACE, and so I shall present it that way too. (I am never easily starstruck!) Enjoy!

Rat Racers plan their route on maps in front of the Gherkin. 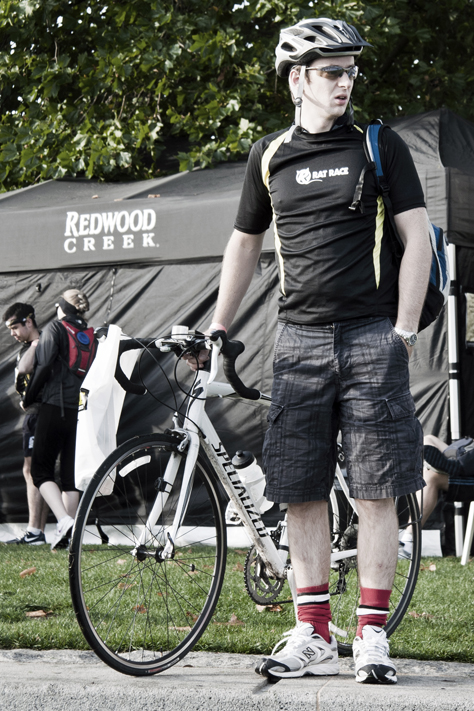 Waiting is always the worst part. 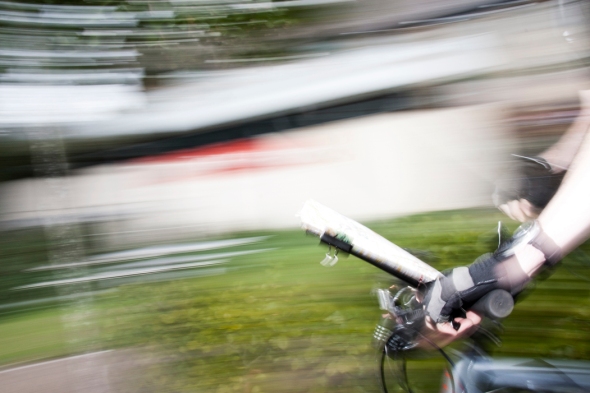 Shot from a moving car. I missed, but I still like it.

Grit and Determination!... and the urge to help haul him up by his beard. Good restraint on my part. 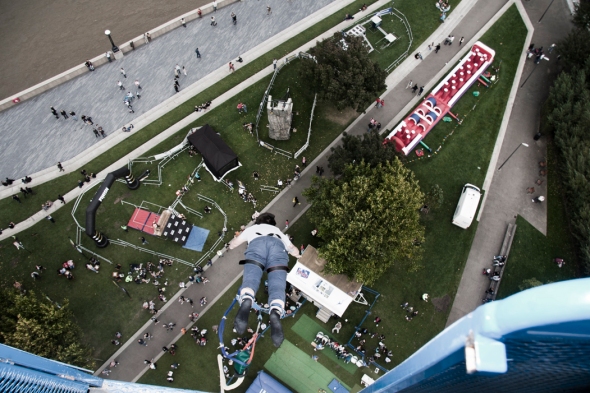 Bungee jumper. Taken from the cage above the Event Village. 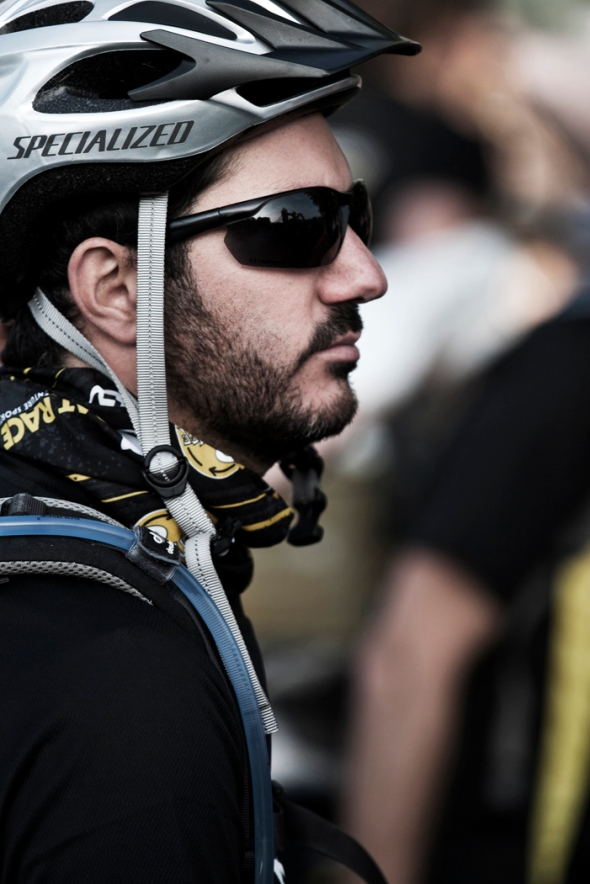 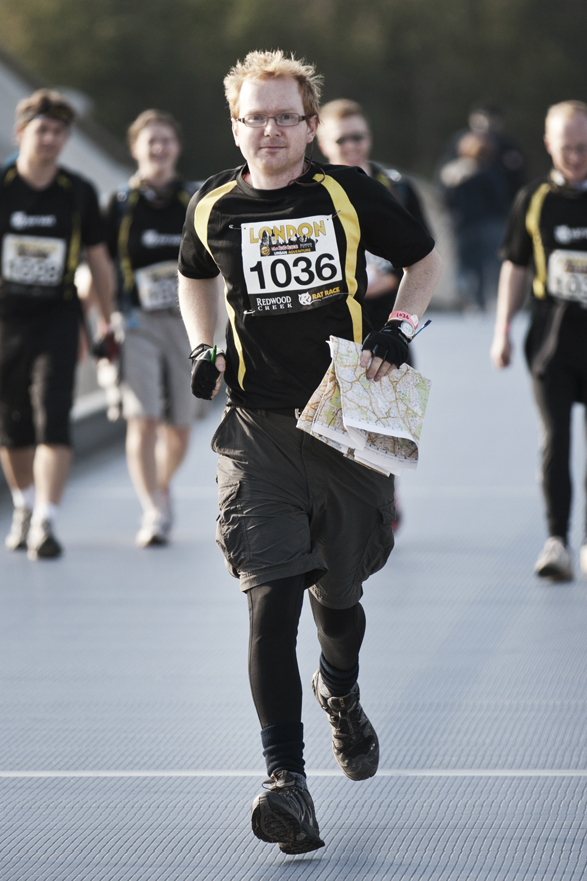 Enter the Mean Streets. An endurance challenge in London city centre held by RAT RACE Adventures. Starting from the Tower Bridge, competitors were given the signal to disperse and take over London. Their objective? Complete as many checkpoints as possible in the 2 hour time frame. You think that sounds simple? Wrong….the checkpoints were scattered around the city centre. None of the CP’s were in any logical linear line. You had to head to one and then navigate to the next, taking any route you fancied.

This race was on foot, so I was tasked with covering it on my trusty steed! That was a challenge in itself as I don’t know the streets of London. So my map was clamped between my teeth (this makes breathing a tad tricky…must buy a proper holder) and a next to useless free sat nav woman talking through my ear phones on my iPhone.

There was another photographer, Cliff Hide,  but he was tasked with getting the press shots, whereas I was getting all the new material for Rat Race promotional and advertising shots.  I headed to The Arch climbing wall and grabbed a few shots, lighting was tricky, but I captured a cool shot of a racer with his map clenched between his teeth. Then it was a brisk ride to Trafalgar Square where I had to Hunt The Rat – a cockney speaking chap in a rat costume. He was very tricky to find as he had been placed in the middle of a music festival that was being held there too.

Next was Russell Square, where the CP was in the middle of the fountain. Great opportunity for getting shots of racers getting wet, but I was bitterly disappointed when it was just a piddly floor fountain that spent most of its time dribbling water, not gushing it out. After some time the fountain picked up some height, and with a bit of encouragement I persuaded some of the racers to get drenched. It was fun to shoot and the racers appreciated the attention.

Back on the bike I raced back to Potters Field to the event village to capture the racers crossing the finish line. 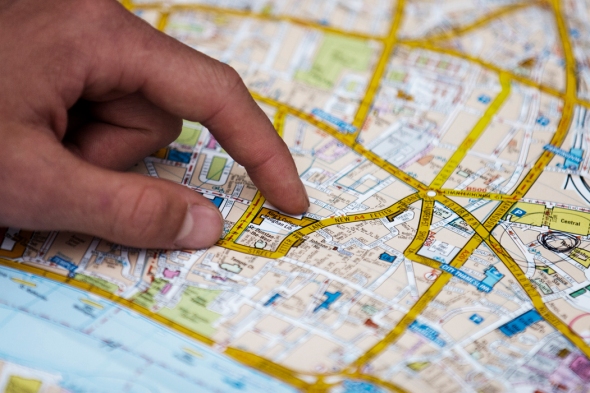 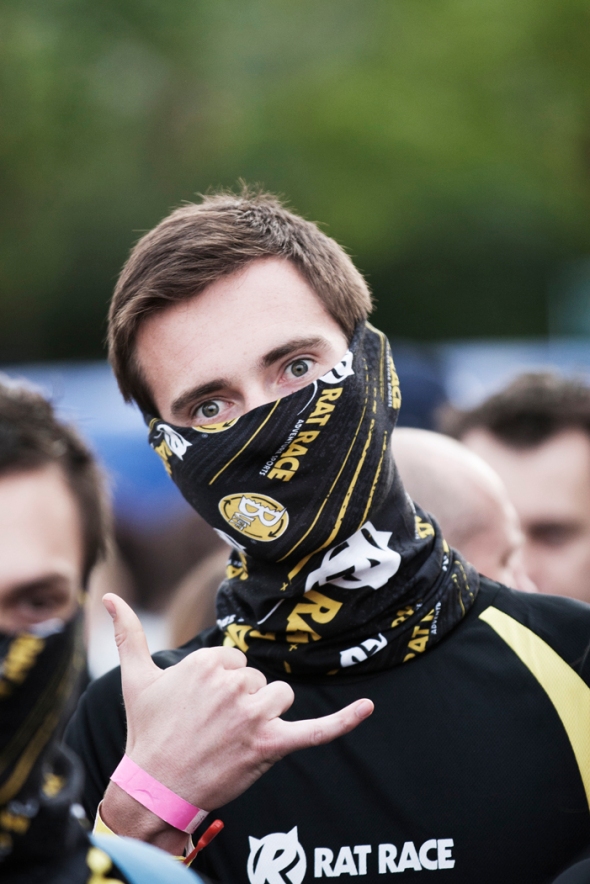 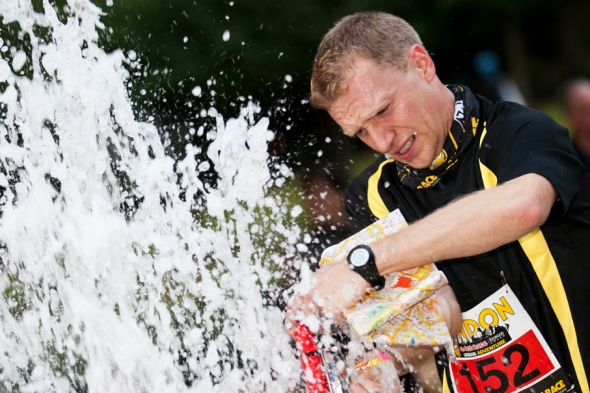 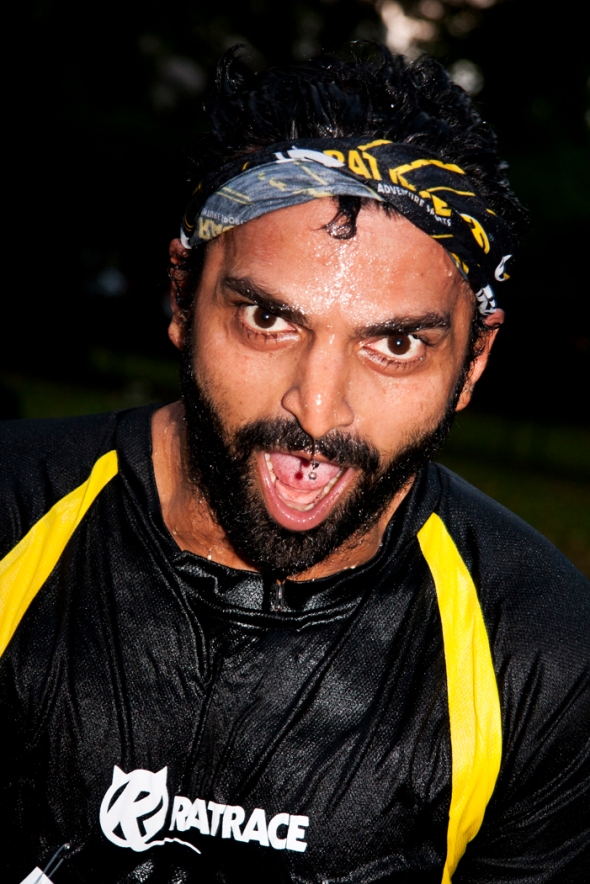 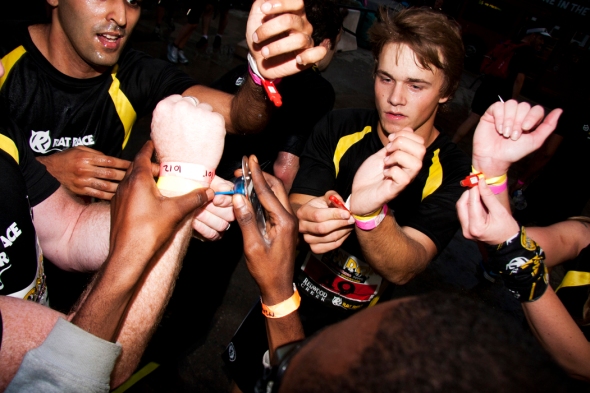 “Close up head shots of people with beautiful faces spotted along Orchard Road.”

Came across this video and I just wanted to share it. Simple but very effective portraits with great use of short depth of field. The video below is a compilation of Danny’s street photography portraits. You can view his website here.

While his title says Portraits of Strangers, he has, I feel, managed to make the portraits come across as if they are his good friends. There is nothing distant about these portraits. He makes them seem very approachable and this is helped by the use of a wide aperture, such as 1.8.

(All Photography in this article is © Danny Santos II)

One Day On Earth are asking everyone to participate in their filming event to take place on 11/11/11. It also co-incides with remembrance day, so some great opportunities to film. Check out their website – http://www.onedayonearth.org/

So on 11/11/11, with whatever filming equipment you have, be it phone, camera, or a RED ONE. film something, something that is close to your heart, and submit it.

I know I will be! 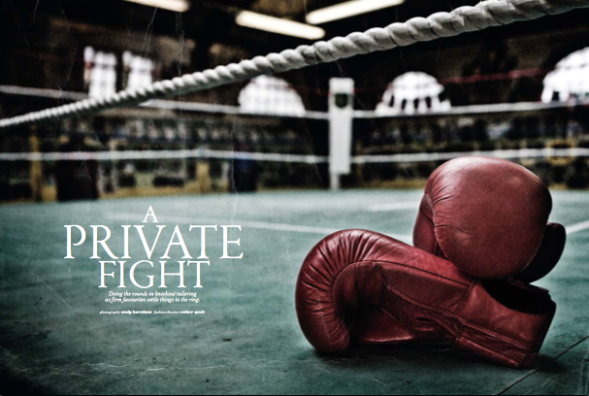 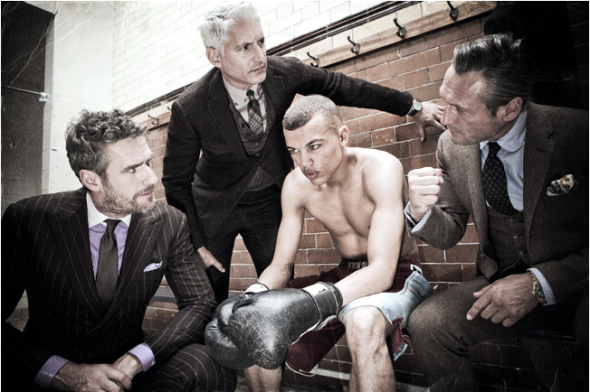 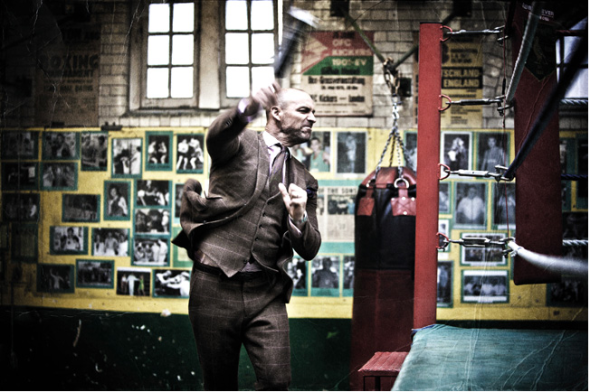 I am proud to announce a new and exciting TV production company called One Tribe TV headed by BBC Human Planet series producer Dale Templar. It is set to be big in the South West and further afield.

“One Tribe TV is an exciting new television and media company based in the West Country. As well as factual television production – specialising in foreign and remote locations – One Tribe TV also provides media training, production consultancy, guest lecturing and professional speaking.”